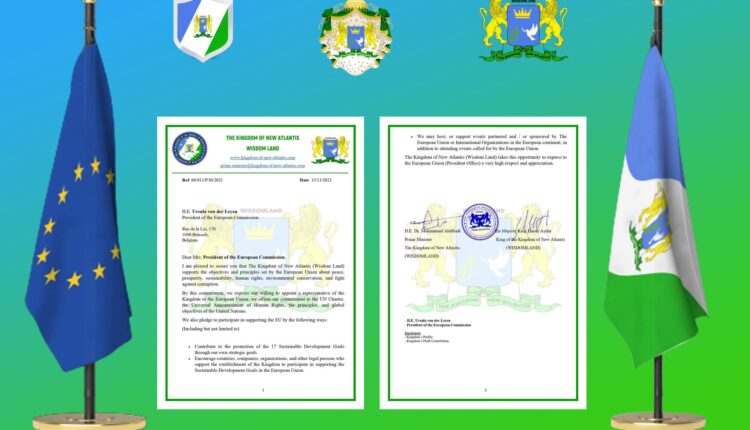 The text of the speech

Dear Mrs. President of the European Commission,
I am pleased to assure you that The Kingdom of New Atlantis (Wisdom Land) supports the objectives and principles set by the European Union about peace, prosperity, sustainability, human rights, environmental conservation, and fight against corruption.
By this commitment, we express our willing to appoint a representative of the Kingdom to the European Union; we affirm our commitment to the UN Charter, the Universal Announcement of Human Rights, the principles, and global objectives of the United Nations.
We also pledge to participate in supporting the EU by the following ways:
(Including but not limited to)