A letter from the Kingdom of New Atlantis was delivered to Congolese Ministry of Foreign Affairs. 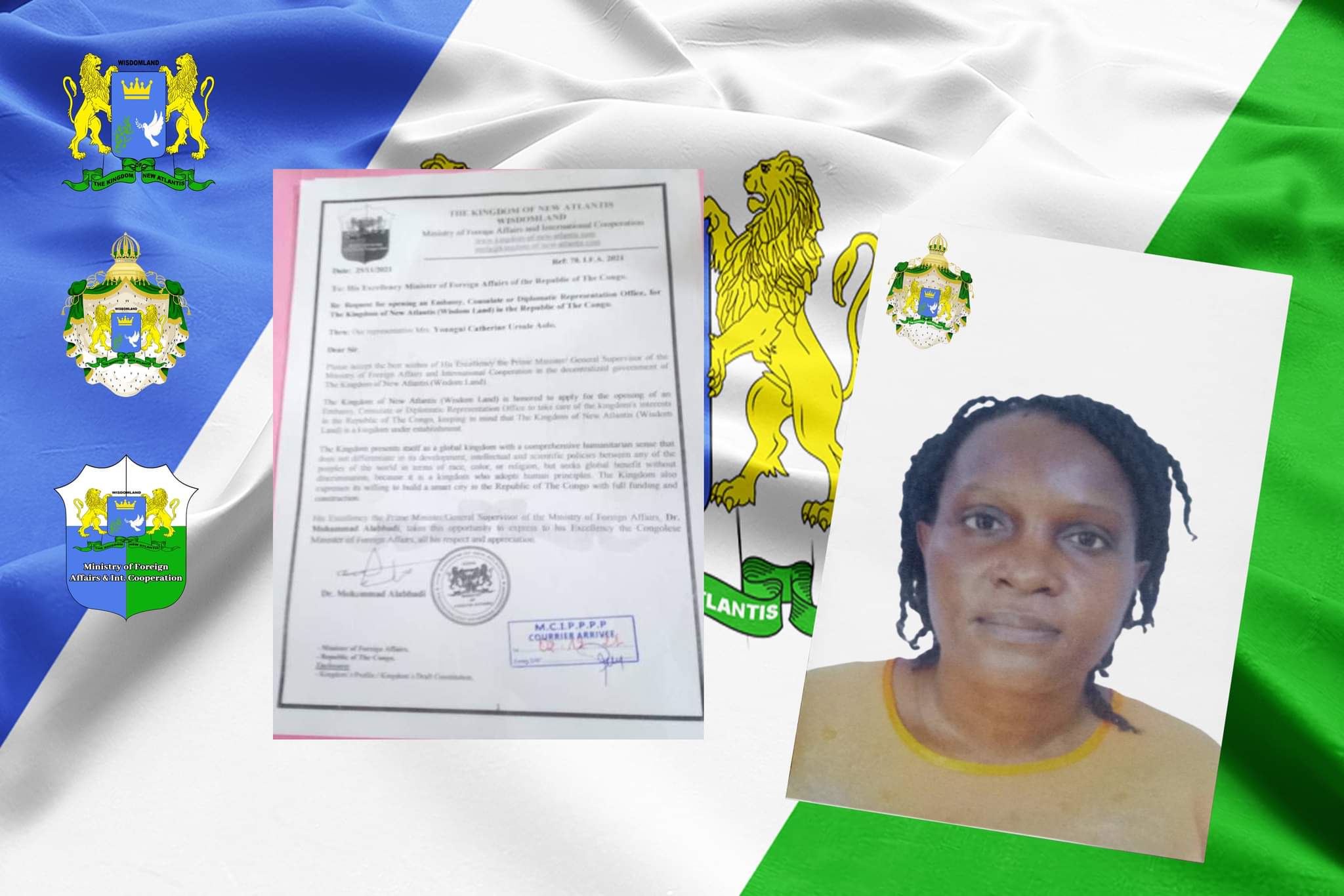 Kingdom of New Atlantis (Wisdom Land) Representative, H. E. Mrs. Youngui Cathérine Ursule Aolo, handed over a letter to the Congolese Ministry of Foreign Affairs requesting their approval of opening Embassy or Consulate general of the Kingdom on Republic of the Congo territory. The official response is expected with the next few days.