The Kingdom of New Atlantis…KONA 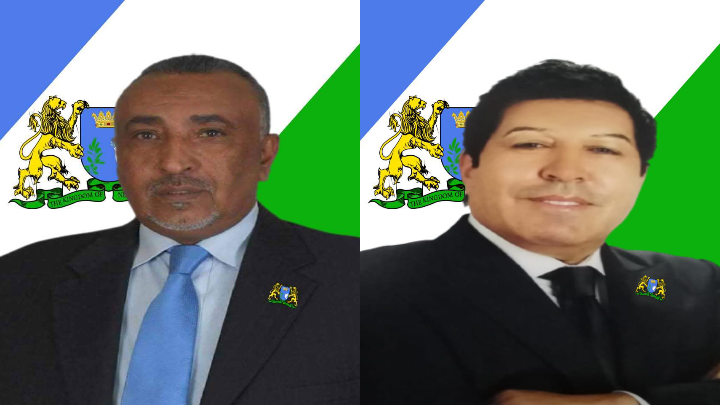 The Kingdom of New Atlantis (KONA)

It is an advanced civilized vision that seeks sustainable solutions to all important issues that have imposed itself as a clear and comprehensive challenge to humanity in general such as: –

The challenge of climate change resulting from global warming, its causes and mechanisms to face it in effective, innovative, creative and sustainable ways, as well as the challenges of a steady increase in the world’s population and ways to overcome it, provide the necessary food, medicine and honorable life to everybody without exception by implementing comprehensive and sustainable development mechanisms targeting all countries through huge and profitable investments while serving the entire population in an progressive and sustainable way to grow horizontally and vertically so that it works on human development intellectually, scientifically and culturally while working on economic and environmental development in its various aspects industrially, agriculturally and structurally Sustainable infrastructure capable of absorbing variables while at the same time being technologically advanced to move states and communities to the smart state of infrastructure and human infrastructure to harmonize the state of development between society and the environment without conflict of interests with another side but in parallel between the environment, infrastructure and society For societies to be economically, culturally and scientifically prosperous in anticipation of the process of natural increase in the planet’s population and to prepare for their freedom, dignity and well-being to reduce conflicts resulting from population inflation while reducing poverty and unemployment.

The new Kingdom of Atlantis presents itself as a global kingdom with a comprehensive human dimension that does not differentiate in its developmental, intellectual, and scientific institutions between any of the peoples in terms of race, color, or religion, but seeking universal benefit

without discrimination as it is a kingdom that adopts human principles in its formation, and structure.

The Idea of Establishing the Kingdom

The Kingdom of New Atlantis (KONA) was officially launched on August 16, 2021, by His

The idea of establishing the Kingdom of New Atlantis came through an elitist collective work consisting of people with intellectual, cultural and scientific vision, experts, scientists, writers and researchers with high level of credibility and transparency and intellectually independent vision holders aimed at building a cultural component knowledge that raises the societies towards an advanced individual and collective development intellectually, scientifically and culturally to be at a high level of knowledge, which enables them the main factor of the sustainable development plan economically, socially and environmentally so that the sustainable development goals are achieved for individuals, economy and cultural environment. This will create an advanced reality which will enable society to move qualitatively towards development to achieve a smart state with all its components and facilities becomes international standard other countries depend on it to classify their progress.

Kingdom of New Atlantis (KONA) abide by the provisions of the Montevideo Convention on the Rights and Duties of States – Article 1, which says that: –

“a sovereign state must have the following features to exist:

d. The ability to enter relations with other countries.

The Seventeen Sustainable Development Goals are part of prosperity plan for the people and the planet. This plan also seeks to promote the international peace and freedom. The Kingdom of New Atlantis acknowledges that the eradication of poverty in all its standards, including extreme poverty, is the greatest global challenge and an indispensable requirement for sustainable development. The Kingdom of New Atlantis is committed to implement the Seventeen Sustainable Development Goals in all its smart cities and to educate all its citizens in a proper way accordingly.

Government of the Kingdom of New Atlantis (Decentralized Government)

It is an under establishment Kingdom, which is decentralized sovereign, has a democratic constitutional monarchy based on institutions so that all three authorities are fully independent, the principle of separation of powers achieves the state of institutions so that the legislative authority, the decision-making judiciary and the executive are responsible for implementing the decisions of the legislative and judicial branches, complete independence without any interfering from other authority. It is permitted by the Constitution and the law, and the decentralized government composed of the prime minister and ministers is the authority to maintain this system and monitor the mechanism of the authorities work and separate them, this government comes in accordance with democratic parliamentary elections and takes its legitimacy through the confidence of the parliament that represents the people.

The decentralized government of the New Kingdom of Atlantis consists of the below mentioned 17 Ministers, 09 Deputy Ministers, and many governmental officials.

12. Minister of Culture and Arts

13. Minister of Sustainable Development And Environment

15. Minister of Equality and Human Rights

16. Minister of Social Affairs and Labor

18. Minister of Housing and Construction

Since the Kingdom of New Atlantis does not monopolize plans to create smart cities for itself,

it seeks to build smart cities around the world in accordance with comprehensive investment agreements signed with countries who welcome it as it seeks to invest in the construction of smart cities with full facilities environmentally friendly, sustainable development and a civilized structure directly linked to modern technology so that they become smart cities in the literal sense of the word and through advanced development projects. Kingdom of New Atlantis seeks to reduce fuel consumption and rely on clean energy, which will make an active contribution to reduce global warming, which threatens the existence of humanity, threatens biodiversity, and poses a serious threat to the animal and plant environment. Therefore, the Kingdom of New Atlantis presents itself with all its weight and components as the savior of this planet and those who live on it to avoid the disaster before it is being too late.

The Kingdom of New Atlantis is looking to cooperate with all global countries to achieve this noble goal and rings the bell at all levels, it has become an urgent necessarily that everyone must take the initiative to develop sustainable solutions to prevent the spread of diseases, famine, crime and natural disasters caused by global warming as well as increase the population of the planet which needs sustainable development plans so everyone will move from the consumption to the production status, so that the world can live in peace, security and fight poverty in all forms available through ways of development to reduce the level of crime and reduce the level of diseases to make our children and grandchildren thankful for us to enable them to live freely, with dignity and well-being instead of being in crisis. Wars and disasters due to our unlimited and unbalanced depletion of all natural resources without any planning or considering the dangerous consequences caused by our behavior to the planet and its inhabitants who are our children and grandchildren

Having said this, the Kingdom of New Atlantis hands are widely open to all countries for joint

cooperation, the Kingdom of Atlantis announces openly that it will neither interfere in the internal affairs of any other country, nor does it allow any country to interfere in its internal affairs, and since we present ourselves as a kingdom of peace and humanity, we expect all countries of the world to cooperate with us in all areas of sustainable development and to exchange diplomatic representation offices with us in order to exchange benefit and spread the standards of sustainable development to develop poor countries to the same standard of rich countries through our great investments of building smart cities globally

Believing in the principles of the Kingdom of New Atlantis in spreading international peace, love and tolerance among all the world’s population, and rejecting racism and hatred. The Kingdom of New Atlantis has launched a national initiative to hold a national dialogue involving all parties of the conflict in Yemen to stop the bleeding of Yemeni People away from personal goals and interests, based on the right of the Yemeni people to live freely and peacefully.

GENERAL RULES OF PROTOCOL AND ETIQUETTE

GENERAL RULES OF PROTOCOL AND ETIQUETTE